Zakat stands for purification in Arabic. It is also used in the meaning of growth, in the same sense as pruning of a plant to give way to the new growth. Zakat is one of the five pillars of Islam and the only one directly involving finance.

Zakat is an obligatory yearly levy on every affordable sane Muslim adult, to be paid by him/her for the uplift of poor and destitute. Zakat is also due on the wealth owned by the minors/ orphans provided it is deployed for productive purpose, getting them some income. In that case, guardian of the minors/orphans is responsible to distribute Zakat.

Quran and Hadith (sayings of the Holy Prophet PBUH) convey that the payment of Zakat purifies and cleanses an individual’s wealth and makes it grow as god blesses it for compliance with his commandment. It is therefore an act of worship relating to one’s wealth.

The distribution of Zakat with honest intention leads to the increase of wealth in this world besides developing religious merits in the hereafter and purifying and protecting its giver from sins and evil deeds.

Zakat can be paid to the individuals including orphans, widows, poor, needy travelers, genuine beggars and the insolvent debtors. It can also be spent on students or for the purpose of spreading the message of Islam. It is important to note that Zakat is mandatory and is different from charity, which is voluntary.

Zakat is essentially a personal exercise with no intermediary controls, and could be given directly to individuals described above. Honest and regular payment of Zakat inculcates noble qualities in a person’s character such as unselfishness, generosity, love and care.

There is severe punishment for non-payment of Zakat. God has warned of His displeasure and punishment for non-compliance with this pillar of Islam As such Muslims must be extra ordinarily careful in correct calculation of Zakat and it’s rightful and timely distribution.

The institution of Zakat aims at not only alleviating the financial hardships of the less privileged in the society through sharing a small part of one’s wealth, but also building a society on higher moral and spiritual values.

For the benefit of readers, I have complied below some of the important questions on the subject of Zakat in light of various Sharia rulings and hope these will be well received.

Who should pay Zakat

Zakat is due on any Muslim adult, man or a woman, who owns minimum required amount of wealth. This eligibility is called Nisab.

For ease of understanding, the Nisab of cash on the day of the payment of Zakat is equivalent of the prevalent price of 85 grams of 999 quality pure gold. Any Muslim who had had a minimum of that much amount throughout the year is liable to pay Zakat.

When and how often to pay Zakat?

Zakat is due upon completion of one Hijri (lunar) year, starting from the day a person had acquired the status of Nisab. Alternatively, it will become due at the anniversary of his last Zakat payment.

If a person genuinely loses the status of Nisab before the anniversary, he is not liable to pay Zakat. However, if he subsequently regains Nisab, the countdown will start all over again from that date.

Who is eligible to receive Zakat?

Any Muslim who does not hold the status of Nisab is eligible to receive Zakat. However, preference in payment of Zakat should be given to the individuals from categories described above.

How Zakat should be distributed?

Every Muslim is directly responsible for discharging this obligation and must take care of it every year. It is his/her duty to reach out to the needy and poor and to offer them Zakat in a humble manner, without an iota of pride.

In certain Islamic countries, Zakat is collected by the government and distributed to the needy. In Gulf countries, this function is efficiently carried out by several well-trusted and high reputed NGOs.

Categories of wealth on which Zakat is due?

These are personal wealth, including cash beyond the normal day-to-day expenses, stocks of gold and silver, jewellery (gold and silver content only), shares and investments, profit from business, work in progress (WIP) and finished goods.

In livestock, Zakat is levied on lamb, goats, cows and buffaloes (domestic, not wild) and camels. Animals raised as pet do not incur Zakat.

Zakat on personal jewellery of every day use?

Majority of scholars agree that jewelry, whether in everyday use or stored for occasions, must be included in calculating Zakat under ‘personal wealth’. However, jewellery-making charges should be excluded. As such it is preferable to get a break down of the gold content and making charges while buying new jewellery in order to arrive at correct calculation of Zakat.

Please note that precious stones (diamonds, ruby, pearls, etc.) are exempted from the payment of Zakat.

What about investment in shares?

Investment in shares are Zakat-able. The agreed procedure to calculate their value is to take the lower value at the beginning and end of the year and average them out.

Yes, provided they are not dependents, such as wife, children, parents, grand parents and grand children.

As they say charity starts from home, in fact it is preferable to donate Zakat to poor relatives first. This is because the payer may be aware of their plight and hence the purpose of Zakat is well served. Interestingly, a wealthy wife can give Zakat to her poor husband but it is forbidden the other way around.

Can Zakat be paid in kind rather than cash?

Yes, Zakat can be paid in kind. It has been noted that some traders dispose of their obsolete inventory at current market prices in settlement of their Zakat.

This practice is unfair and does not absolve them from their due Zakat liability. Anyone paying Zakat in kind must do so with complete honesty.

Is there any etiquette for paying Zakat?

Zakat should be paid discreetly, with the intention of fulfilling a religious duty. There is a saying that if you pay Zakat with your right hand, the left hand should not come to know.

However, if somebody wants to publicise payment of Zakat with the sincere intention of influencing others in his circle, it is acceptable.

It may not be necessary to mention to the recipient that the payment is from Zakat, if it is feared that it would embarrass him/her.

Is there a fixed time of the year to pay Zakat?

No, Zakat can be paid at any time during the year. It could be paid in one lump sum or in installments, provided that the due amount is exhausted before the next

Previous PostDetermination of Nisab and calculation of ZakatNext PostCovid-19 & Ramzan: A Test of Faith
0Shares
coronavirusIslam

Determination of Nisab and calculation of Zakat 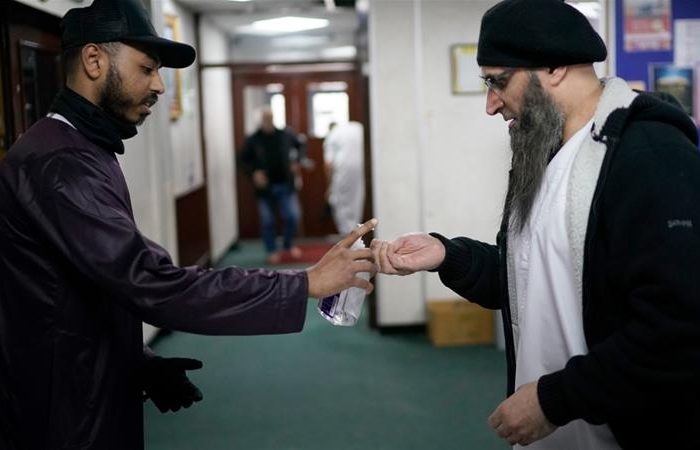 Patience, sacrifice and zakat: An Islamic response to coronavirus 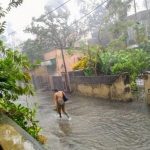 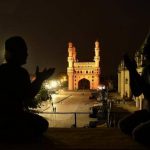 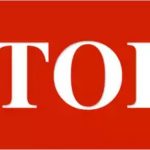